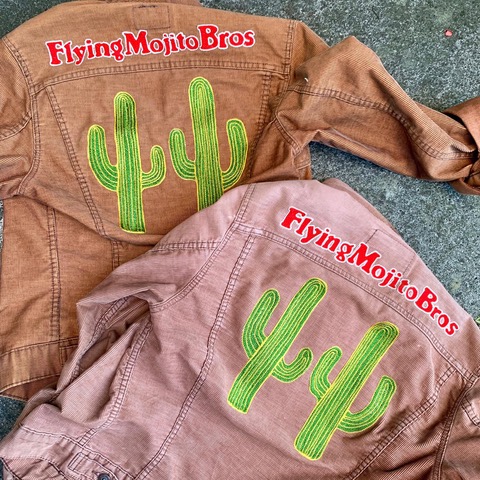 Anybody that has been visiting us poolside these past four summers will no doubt have enjoyed (hopefully) the section mid afternoon that myself and Andrew like to refer amongst ourselves to as Cowboy Hour. How long this ‘hour’ lasts is very dependant on who’s hanging out poolside and what we’ve managed to find along the way, we try not to repeat our selections too many times and we’re not country obsessives so we don’t get chance to do it on a weekly basis but country and country influenced styles is music that we massively enjoy playing and the reason why it’s with great joy that we invite The Flying Mojito Bros to join us poolside at Pike On Sundays this week. Don’t worry, if you think that your not a fan of ‘country’ music it’s not all line dancing and ho-downs, this is music your going to Love. These guys also play a fantastic selection of styles from right across The Brothers Grim endorsed board. Have a listen to some mixes and enjoy the little interview Brother Mark was fortunate enough to get earlier this week.

Listen in to some amazing mixes from the guys as your read on! Try this one on for starters. And if you like what you hear be sure to sign up to their mailing list here.

BROTHER MARK – When I first started out raving across the country back in the dark ages I’d generally be treated at some point in the night’s festivities by some google eyed skinny white boy/girl and before the couple open their mouths I knew what was coming so giving a nod to those helicon days I’ll start the interview with the immortal words (try and imagine this being said in a strong Lancashire accent) Where are ya from, what are you on?

Flying Mojito Bros – We’re from Way Out West(country) – from where the hillocks and streams are made of chalk – but with our gaze firmly on the orange siltstone buttes of monument valley, and the peachy ones of LA. Ever-seeking the perfect dive bar on the crossroads of country funk, smoky mezcal, dancefloor euphoria, cosmic sunsets and fish tacos. 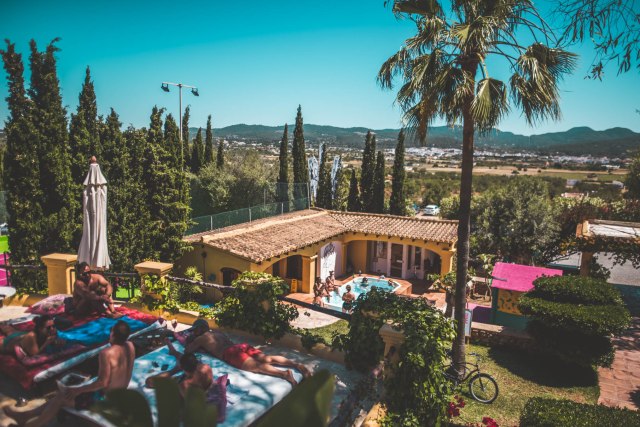 BM – That question could then often lead to a long and fruitful friendship which could last for anything from 15mins whist waiting to have a slash or in some cases to a friendship still standing. How long have you two known each other and how did you meet?

FMB – We’ve known one another for about a dozen years through one of our brothers. Our friendship is mostly based around music, the countryside, crisps and Old Speckled Hen. We have very similar interests and Flying Mojito Bros allows us to explore them in depth and be creative with them, which is hugely satisfying. It’s lead to us mutually shitting our britches in the studio lovingly laughing at the monsters we’ve created, and to some ridiculous adventures …

BM – I was lucky enough to have been brought up in a community of music loving people at an incredible point in British musical history. When I was still a child I was pointed in some fabulous directions by certain people in my life that I looked up to. What drew you to music and has there been a particular person that has made a huge impact on your musical journey?

FMB (Jack) –  Many people along the way have played their part for sure. One that comes to mind is the band The Bees from the Isle of Wight (which you can see from where I grew up) teaching me that I didn’t have to be tribal about my tastes… That it can also be cool to love the best of all genres.

Ben comes from a very musical family and a very musical town — he and his two brothers devoted themselves to learning instruments growing up and had great teachers — he went on to study drums and percussion at degree level.

As FMB we’re still hoping to pick up a cosmic guru. Apply within.

MB – Listening to your selections online you seem drawn to the more laid back high quality studio productions that were coming out in the 70’s and a lot of the modern music you play is obviously influenced from this time period. Would you say that this was a golden age for music and how do you feel about the Punk movement at the same time that set about to smash the system and make music making more democratic?

FMB – Golden age? 100%! Not only was the studio production amazing — which therefore carries through to sounding amazing on big sound systems — but so was most of the songwriting in our view. And there’s so much, we’ve found it unfathomable so far. Can’t stop finding nuggets. As for punk, it’s hard to imagine the explosion of electronic dance music which followed via post punk ten years or so later being so prolific without people’s access to music-making gear being democratised. It’s all a beautiful history

FMB – Stones all the way. While we love the Beatles for their musical magpie-ness and grew up on them too — the Stones hooked themselves up to the great American dream in a way that we relate strongly to. That said we do steer clear from the blues. It’s more their grooves, swagger, country and rock roll we’re into. And the thought of those Compass point sessions for Emotional Rescue. Woof! Check our edit of Dance Pt I (on Mojave Sundown mixtape)

MB – Are you fire-starters?

FMB – We’re both pretty gentle beings. More present-day Keith Richards than Keiths Flint, Moon, or Chegwin. We make excellent things happen through our various endeavours but prefer not being centre of attention really. Fires don’t have to burn quickly or brightly to inspire creativity or affect change in others. They can smoulder too…

MB – I used to follow Andy Weatherall and Justin Robertson around the country because I felt that they could tap in to my inner feelings and spoke to me on a level that I’d never felt had been touched before simply by playing other peoples records in a certain order. Is there anybody that has touched you in a special place in a similar way that you’d like to share with us?

FMB – No-one in particular takes first prize for that in FMB world! Instead for sure it’s more the ever-present possibility of being hit with goosebump moments at any turn. Whether that’s seeing the incendiary Don Kelly band at Roberts Western World in Nashville, sat silent to folk singers at Cecil Sharp house, hearing something you’ve never heard before in a tune you know well on Spiritland’s mammoth sound system, or a dancefloor epiphany. We’ve always said it’s a shame we can’t be punters at our own party too…

FMB – There’s the whole thing happening stateside with pop and EDM colliding with country – on a pretty mega scale. It would be cool for that same acceptance that country music can be (is) danceable, funky and ultimately fucking COOL translated more widely in the UK’s electronic music community – ie in clubs. We’ve been doing our bit to address that with our productions for five years now, and people do clearly love it when they’re on the floor, and not in a guilty pleasure way. Be that at a country event or a conventional club. Another way to look at it of course is that people have been remixing/editing 70s soul, funk and disco for modern dancefloors for decades…so why not funky country? We have complete faith in our sound. Just need to carry on getting the word out…

MB – What are you doing to address this?

FMB – Putting a lot of effort into building a West Coast fanbase; those folks have been engaging and responding really excitedly at what we’re doing, so once we’ve built it a bit more, the next step is to visit for a string of dates for early next year. We’ve a few people lined up who have asked to put some shows together for us, but happy to hear from others who may be interested. Working title — “Selling Ice to the Eskimos Tour 2020”

MB – Well thanks so much for being good sports with this guys. And on to the last question. Whats your favourite thing to eat for breakfast and where is it served best?

Thanks very much to both Mark and The Flying Mojito Bros. you can catch them all playing at Pikes On Sundays this week along with Brother Andrew, Jon Woodall and Jon Rasta. Plus an all night long set from in Freddies from Djebali and Stephane Ghenacia! All the info, restuarant details and guest lists can been found here.

Come dine, drink and dance with us! 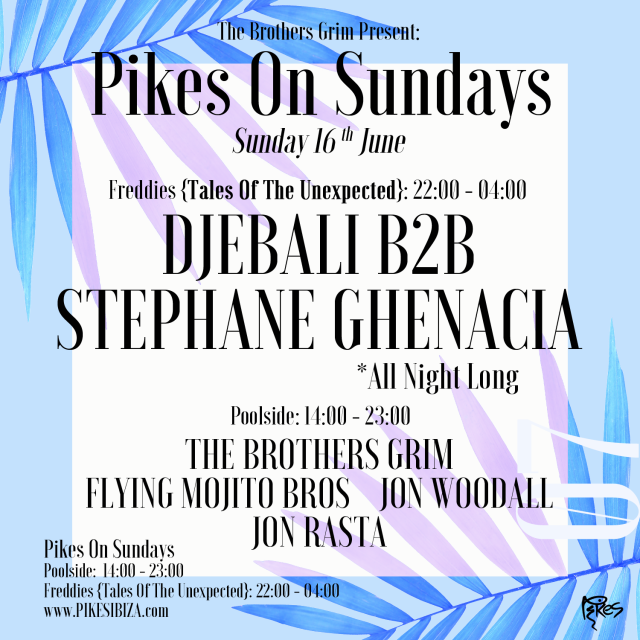